Last week, North Carolina’s capital city welcomed thousands of bluegrass fans. The streets of Raleigh were jam-packed with people honoring the traditional music that has grown from a simple mountain tradition to a world-wide sensation. All over the downtown scene, among the big stars and opening acts, there was a certain large population of pickers who aren’t even old enough to vote, not to mention those who aren’t even old enough to drive a car…or be in high school yet. Despite their age, these youth performers amazed a multitude of listeners and spectators over and over again throughout the weekend.
Regional JAM was lucky enough to provide showcase opportunities to eight different youth acts from the JAM region of North Carolina, South Carolina and Virginia for five solid hours on Friday! The Youth Stage, sponsored by KIX 102.9 and the North Carolina Division of Tourism, was located in the outdoor plaza of the Raleigh Convention Center all weekend.

JAM, Inc’s time slot on this stage started out with nine Chatham County JAM students. Chatham County JAM, located in nearby Goldston, NC, has introduced traditional Appalachian string band music, as well as Piedmont Blues music, to hundreds of children. The nine musicians played, sang and danced for the crowd with great timing and enthusiasm. 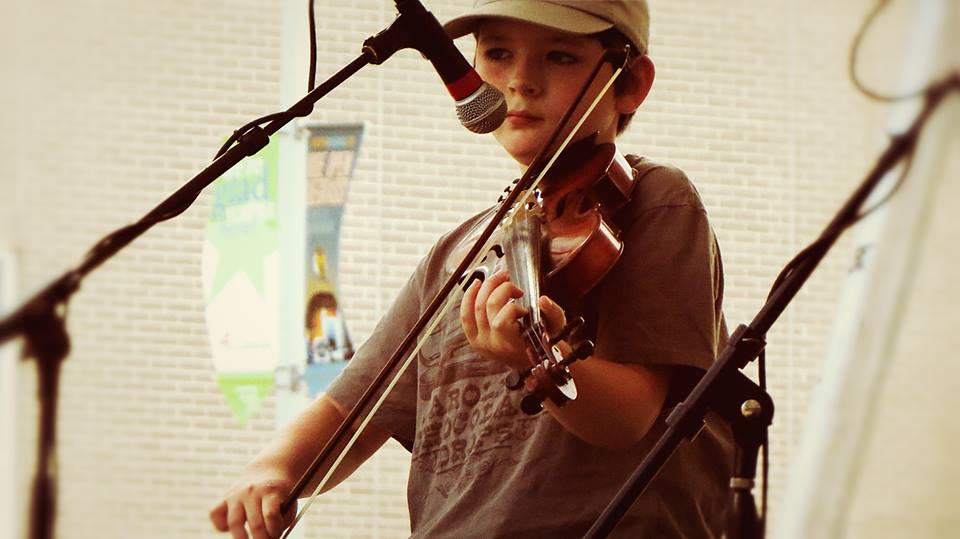 Following this large group, Liam Purcell of Deep Gap, North Carolina, walked on stage and took over the microphone with his fiddle and banjo. Only 11 years old, Liam captivated the audience with his old timey renditions of Southern Appalachian tunes. It would have been easy to close your eyes and picture anyone but a little boy on stage.

The Ashe County JAM Club band was the next official group to show just how a JAM program can inspire children and produce phenomenal musicians, too. All the way from the mountains of Western North Carolina, the Ashe County JAM Club traveled to Raleigh to play real old time string band music. In this group, the girls outnumbered the boys, and one fiddler has even been featured on the front page of a photo slideshow of the entire IBMA event in Nashville’s Tennessean newspaper.  Click here to see the photo slideshow. 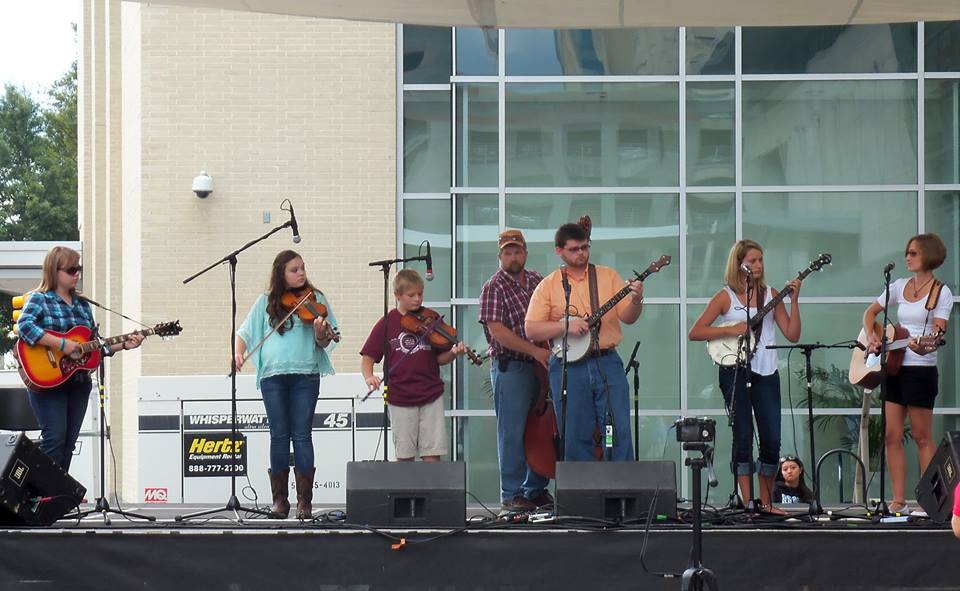 Girl power continued to ensue with the next two groups, starting with the ever-powerful Church Sisters from Southwest Virginia. The stage set up switched a clawhammer banjo for an electric guitar, but none of the audience was disappointed when the twin sisters sang the notes of their first song. Their sister harmonies are heart stopping, and makes it easy to understand their success. The crowd packed in tightly to witness their talent. JAM, Inc worked with Debbie Robinson of HoustonFest in Galax to bring the Church Sisters to the Youth Stage, as well as Loose Strings. The Loose Strings Band, from Galax, Virginia, includes five teenage girls playing and singing solid bluegrass music. Their energy, harmonies and instrumental styles are sure to take them far in the bluegrass world. 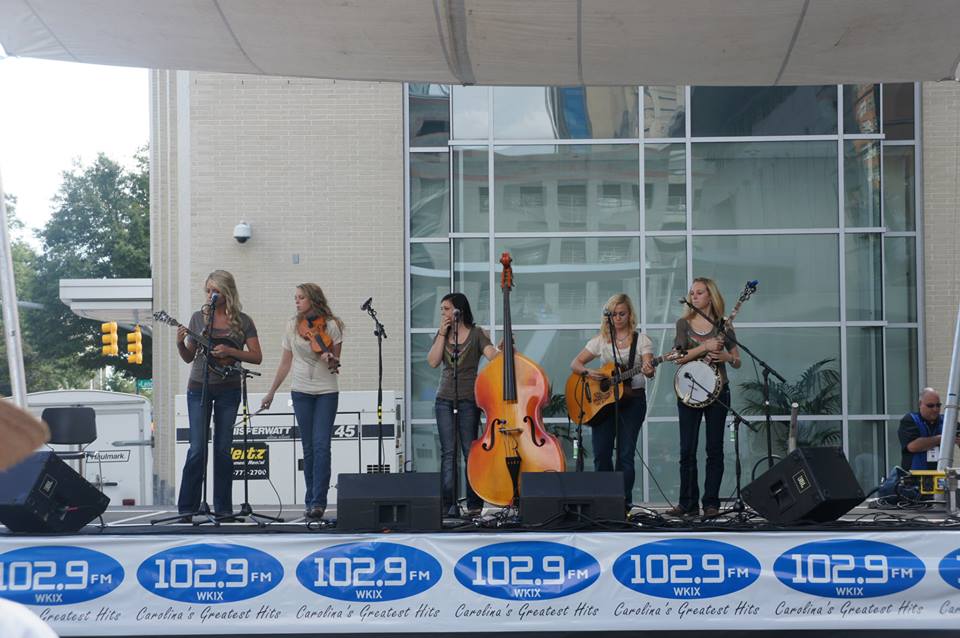 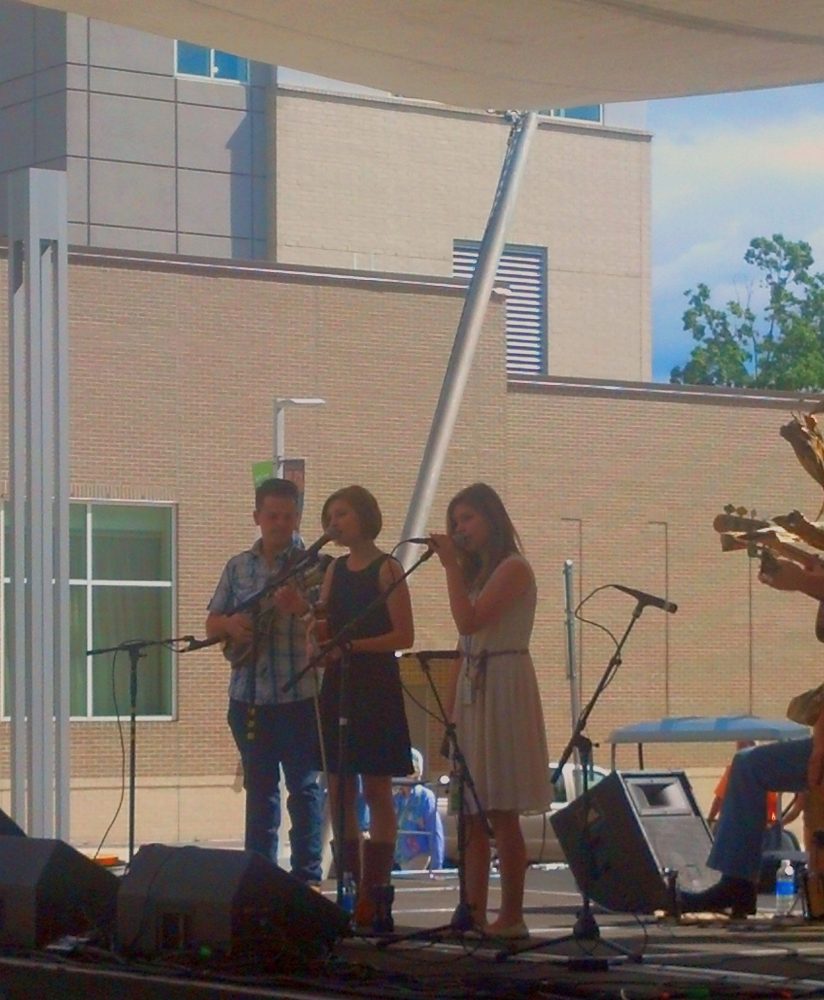 More bluegrass music was  to come with the next group, only there is something different about this band; the bluegrass styles are mixed with old time. Appropriately named OldGrass, this band was formed after two of the boys, bluegrass fiddler Daniel Greeson and old time banjo player Jared Boyd, got their start in the first Virginia JAM program at the Blue Ridge Music Center near Galax. With a mandolin, guitar player, and a borrowed Loose Strings bass player added to the mix, OldGrass performed many favorites of both mountain traditions with exceptional skill and talent. 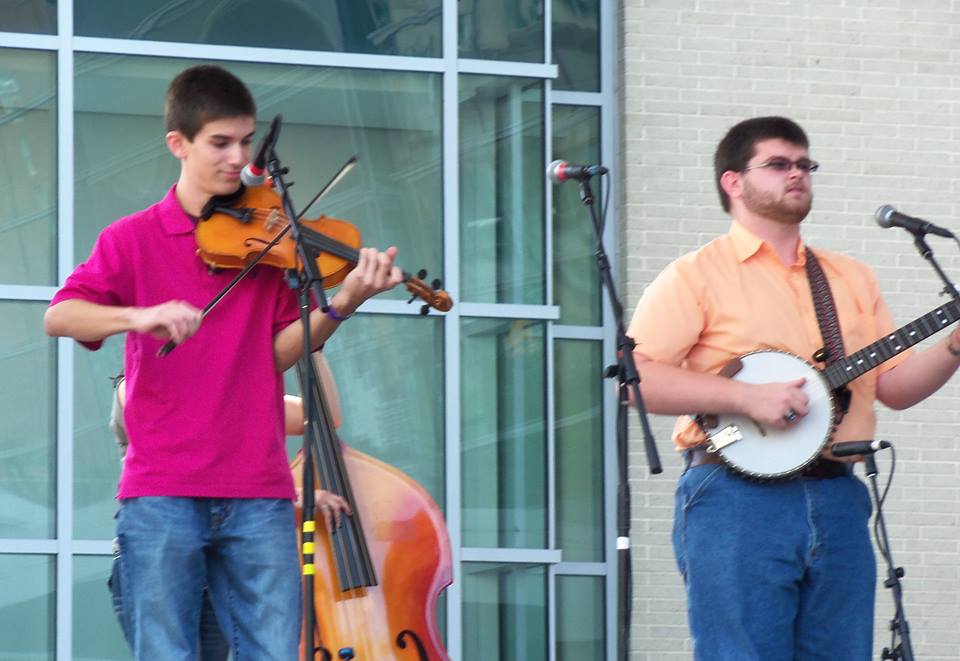 More exceptional music was on the way in the last hour of the JAM time slot at the Youth Stage at IBMA. Tucker Road Bluegrass took the stage around 4 o’clock with an all-star line-up featuring Jeffrey Roten of Sparta, NC on guitar, Brandy Miller of Jefferson, NC on banjo, Danielle Yother of Pickens, SC on mandolin, Grace Wilson of Galax, VA on bass and Daniel Greeson of Jamestown, NC on fiddle. Regional JAM and local JAM programs alike are certainly proud that each of these pickers got their start in a JAM program, and have since been on more big stages than one, including each picker being a member of IBMA’s Kids on Bluegrass at some point in time. This group took their name from the road that Wayne Henderson lives on in Rugby,Virginia, after JAM founder Helen White and champion guitar player and luthier Henderson helped to put these talented pickers into the spotlight several years ago. 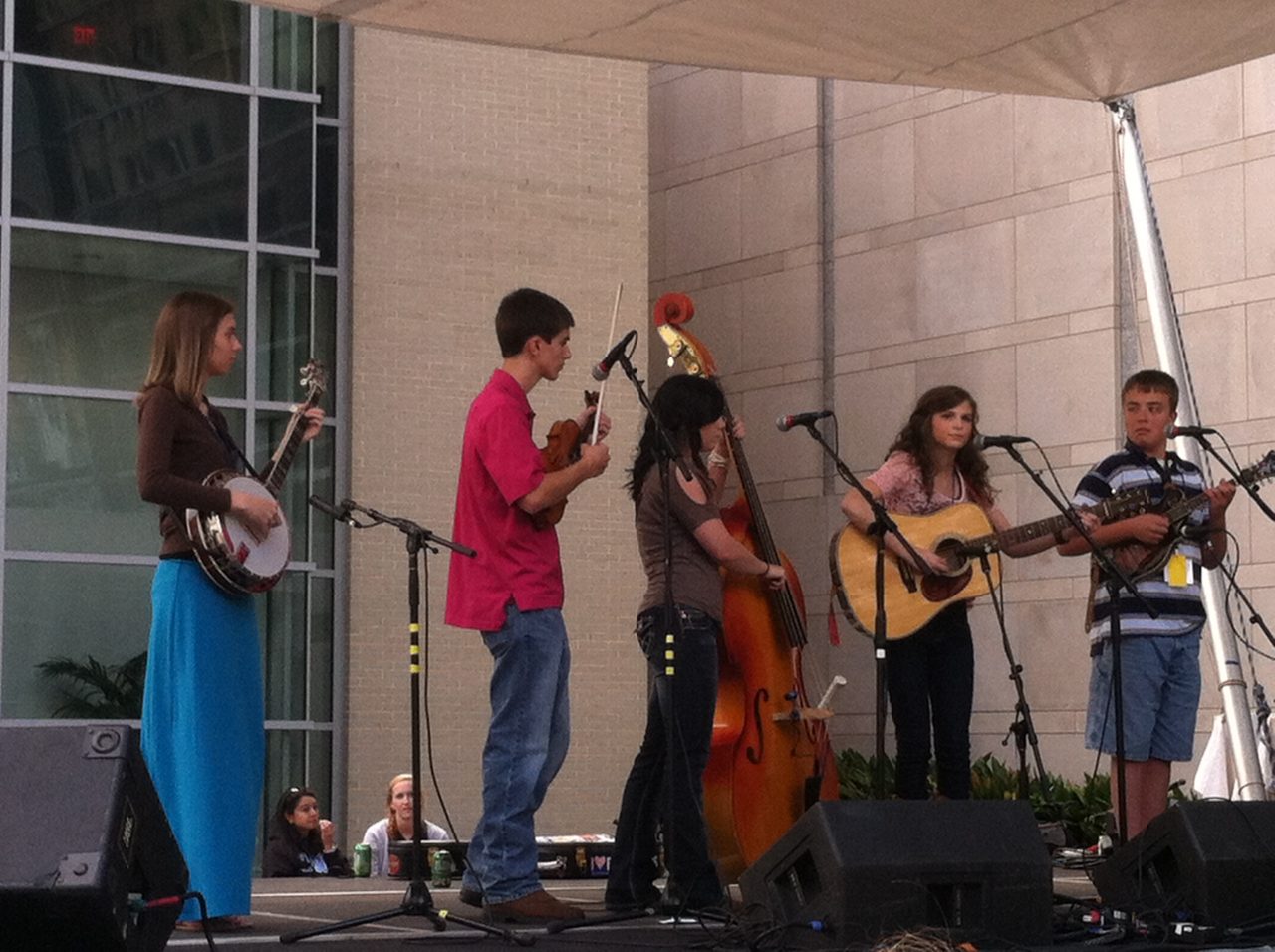 To end the afternoon, Most Wanted Bluegrass from South Carolina pulled off a professional performance. Banjo player Issac Ferrell got his musical start in a JAM-affiliated program in Pickens County, South Carolina. As the world turns, he is now teaching bluegrass banjo in one of the seven YAM programs in that area (Young Appalachian Musicians, in honor of their state potato). Most Wanted Bluegrass was an exceptional representation of bluegrass music.

Regional JAM would like to thank the Piedmont Council of Traditional Arts for putting this opportunity in our hands, KIX 102.9 and the North Carolina Division for Tourism for sponsoring the stage, and each of the youth performers who took the time to play. Regional JAM would also like to thank Galax Tourism for providing us with a spot in the exhibition hall to display our information and make connections in the bluegrass community at large. What better place to showcase traditional Appalachian music than for the International Bluegrass Music Association? As said in a Chatham County Line song written for the festival, “Bluegrass was born in Kentucky …but it’s living in Raleigh now.”