A Clover Picker at the Earl Scruggs Music Festival

Anna Tokar, from Tryon, NC, is 15 years old and has played fiddle in the PacJAM program since age 10. 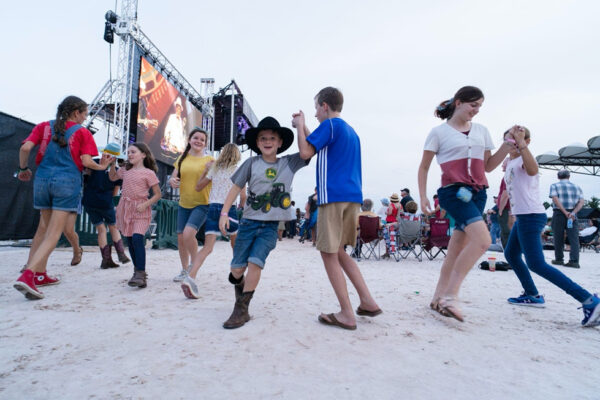 It was months ago when I was told that our band, the Clover Pickers – a house band of Tryon Fine Arts Center’s Pacolet Junior Appalachian Musicians – would be playing at the Earl Scruggs Music Festival. This was to be the first annual festival to honor the legendary banjo player Earl Scruggs, held at the Tryon International Equestrian Center in August. I knew it was an amazing opportunity, but I had other things on my mind then: finishing the school year, my summer reading list, and finally making use of our Dollywood season passes. Little did I know then that this music festival would be a truly inspirational experience.

The Clover Pickers are Eli Aldrich (bass), Meredith Peek (guitar), Anna Tokar (fiddle), Sarah Doan (fiddle), Ella Tokar (mandolin), and Emmalyn Rathbone (mandolin). As we dusted off our songs at the end of summer break, we had to consider a number of factors: How long is our time to play? Have we played this song too many times? Is that ending getting a little old? We polished our songs and timed our set. Ready or not, the festival was coming.
The festival opened on Friday, September 2. Thanks to a grant from South Arts In These Mountains awarded to the Tryon Fine Arts Center, JAM students and their families from more than 50 JAM programs across the Appalachian region were invited to attend the festival for free. Because of this grant, my fellow JAM students and our families were able to attend. There ended up being 65 of us!

My family and I arrived at the festival around three o’clock on Friday. We met up with some of my bandmates near the Flint Hill stage. After finding seats in the Grandstand, we were able to sit back and enjoy the show. Molly Tuttle and Golden Highway were playing at the time. The most memorable thing about their performance was they seemed to be having so much fun. They were not just performing – but were having the time of their lives. 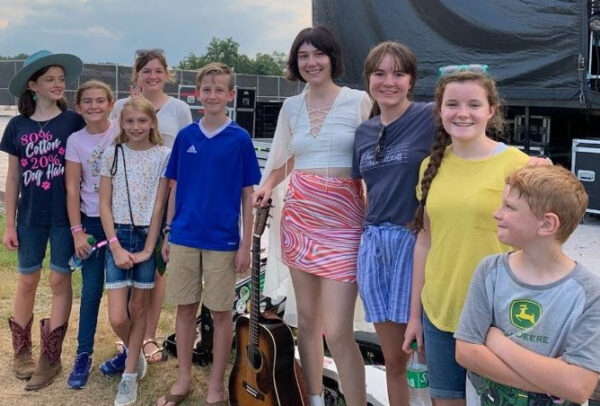 Molly Tuttle made a big impact on these PacJAM students – on & off the stage.
Photo by Bruce Bishop

After Molly Tuttle and Golden Highway, Bela Fleck’s My Bluegrass Heart was next on stage. With music surrounding us, we went to eat some dinner and explore the festival. When we returned to the Flint Hill stage, The Earls of Leicester were playing. They were playing the traditional music that we were all familiar with, music that we had often square danced to at PacJAM. So naturally, right then and there, my friends, siblings, and I started dancing the Virginia Reel. For those who have never squared danced before, I greatly recommend it. It is fun whether you do it right or wrong. If people think that they are not good dancers, then a square dance is a place where they and anyone else can mess up and get a good laugh out of it.

Later, while younger siblings were riding the carousel, my friends and I were watching the Barefoot Movement playing on the Foggy Mountain stage. Their harmonies were an inspiration to improve our own band harmonies. We remained at the festival for a little longer to watch Sam Bush. Thus ended Day One of the festival.

Day Two was the Clover Pickers’ big day. In the morning we had a workshop with award winning songwriter, Jon Weisberger, who gave us tips on how to write songs and make money in the music business. Afterwards, we had an amazing concert with two guitar players from France, Mathis Haug and Benoit Nogaret. Their music is incredible to listen to, so our family purchased the CD; we have been listening to it over and over again in our van.

After our workshops, the Clover Pickers and other JAM students went to see the JAM tent. The PacJAM Director had created an exhibit tying rich information about the Appalachian area to the songs in the JAM Songbook. Soon it was time for us to go to the stage for our sound check. With butterflies in our stomachs, we loaded the fiddles, mandolins, guitar, and bass onto the stage. During the show we played some new arrangements like “Coal Miner’s Daughter” alongside songs we have been playing since we started our band a year ago, including “Rocky Top” and “Salty Dog”. When bandmates needed to tune, I told jokes about the difference between the violin and the fiddle. One was enjoyed, the other fell flat. I will definitely not be telling that one again. Joking about the joke not being funny did get a laugh from the crowd! After the Clover Pickers’ set, the Muddy Boots, another PacJAM house band, took the stage. Their performance of “The Crawdad Song” was a hit. 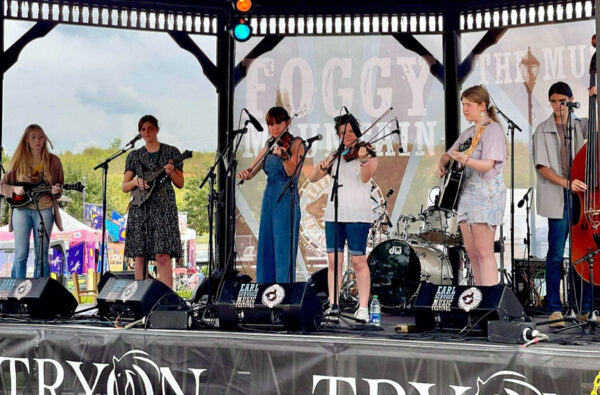 The Clover Pickers shine on the Foggy Mountain stage. Photo by Laura Peek

The Clover Pickers had time to grab some coffee before we were whisked away by parent volunteers to TFAC for a workshop and jam. Lakota John led a powerful and productive songwriting workshop. We wrote a song about his guitar “Buffy,” and each of us contributed at least one word to the song. Then a whole slate of JAM teachers and alumni facilitated a big jam. It was a great way to musically meet JAM youth from other regions. We came back to the festival that evening for another great night of music, dancing, festival food, and the ever- running carousel. 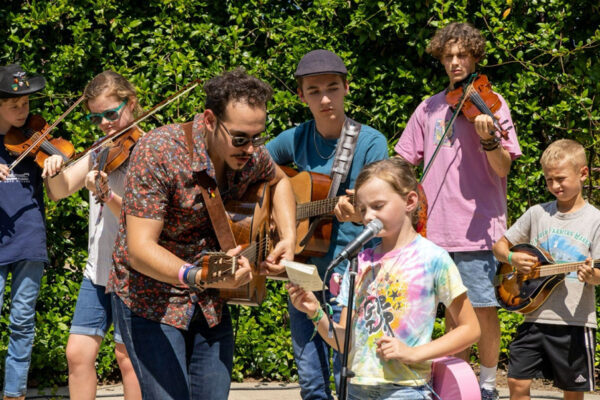 Lakota John engaged each and every JAM student during his songwriting workshop in the Tryon Fine Arts Center Amphitheater. Photo by Ron Pankey

Sunday, September 4th, was the last day of the Earl Scruggs Festival. My family and some bandmates ate lunch there and listened to the final bands to perform. Don Flemons played on the Flint Hill stage. He referred to himself as a “songster,” he defined a songster as someone who can play many instruments. He definitely fit that description. With every new instrument this fascinating “songster” would pull out a different instrument. From the common banjo and guitar, to the more rare windpipe and bones.

I enjoyed the Earl Scruggs music festival immensely. This weekend, funded in part by a grant from South Arts’ In These Mountains Central Appalachian Folk Arts and Culture initiative, went a long way towards showing me the world of bluegrass attainable beyond JAM. If someone were to ask me what I thought of the Earl Scruggs Music Festival, I would have one thing to say to them: Can I go again next year?