In Memory of Karen 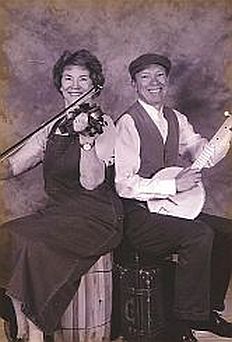 Karen was a wonderful fiddle student, dulcimer player, a friend and an inspiration.  I first met her at the Palestine Old Time Music and Dulcimer Festival in Texas.  She was in my beginning fiddle class and took kindly to our teasing that she had the best “lemon” beginning fiddler face of anyone. (Those of you who are beginning fiddlers or are close to one know what I mean.)  She was later in my more advanced fiddle classes at the Mars Hill, NC Blue Ridge Old Time Music week which she attended for many years with her husband, Alan.  We spoke often of her desire to retire to North Carolina so that they would be close to the music they loved, and she wanted to serve on the JAM, Inc Board of Directors.

Shortly after their move to Raleigh, NC, Karen and Alan were my first guests in a little house in Fries, VA so that they could attend a JAM fundraiser. Karen was apologetic for a slur in her speech, and told me that Alan had just been diagnosed with Alzheimer’s disease.  A few weeks later she was diagnosed with Lou Gehrig’s disease.  For months she cared for Alan as she slowly lost the capacity to care even for herself. Her daughter, Chris moved to Raleigh to care for them both as Karen slowly and bravely slipped away.  In the months prior to her death, Karen thought often of JAM and her sadness of not being able to participate as she had imagined.  She did, however remember JAM in her will and made a substantial donation that we received shortly after her death.

Thank you, Karen.  We will miss you!