Johnson County, Tennessee is in the eastern part of the state where it borders both Virginia and North Carolina. It is here in the communities of Mountain City, Laurel Bloomery, Butler, Trade and many others where families have played Appalachian mountain music for centuries. Johnson County is home to the oldest fiddlers convention still running on record, held each August in Laurel Bloomery. G.B. Grayson, one of the first old time musicians to record, was from Johnson County, and mentions Laurel Bloomery in his version of “Train 45” in the 1928 recording. Also hailing from Johnson County are legendary old time musicians, Fred Price, Clarence ‘Tom’ Ashley and Clint Howard, all of whom are famous for playing music with Doc Watson.

A band on stage at the Johnson County Fiddlers Convention

The Johnson County JAM program began in the fall of 2016 with an eager response of 150 children wanting to sign up. The program was able to take half of those children, and is offering lessons in fiddle, banjo, guitar, mandolin and stringboard, as well as an enrichment portion where the kids learn about other aspects of Appalachian culture. Johnson County JAM is held Tuesday evenings at the First United Methodist Church in Mountain City and is open to all kids in grades 4-12 in the county schools as well as homeschooled families. 2017 enrollment is up to 110 children. This program has come a long way since it began several years ago as a handful of students staying after school to learn music from 6th grade teacher, Mike Taylor. The students perform out in the community frequently at the local nursing home (monthly), Heritage Hall events, school events, the jam at the local country store, and as part of the Long Journey Home event. There are 110 kids enrolled for fall 2017! 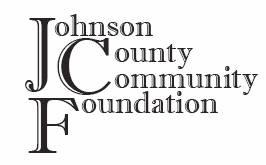